GODZILLA: KING OF THE MONSTERS Trailer – His Reign Continues

Who doesn’t love Comic-Con, huh? The stars are all alight, ready to spread some much-needed shine on (almost) all our favorite geek properties, soon to be set before us in the coming years as we wait with baited breath. One highly-anticipated offering is the newest entry in Legendary Pictures’ MonsterVerse, Godzilla: King of the Monsters. Director Michael Dougherty’s creature feature promises more kaiju chaos than you can shake a spiked tail at, as we’ve invited a few other classic Toho Studios monsters along for this party, all featured in the first trailer.

The monsterfest started a little early when a little diddy appeared on the interwebs days earlier. A clip featuring actress Millie Bobby Brown (Stranger Things) looking distraught AF as she tries to find help, after what was no doubt a stressful time.

Then we learned that the film would be scored by composer Bear McCreary. And if you don’t yet know the majesty of McCreary, it may be time to re-up your nerd registration card and become enlightened to his work on 10 Cloverfield Lane, Battlestar Galactica, Outlander, The Walking Dead, Marvel’s Agents of SHIELD, and another recent giant monster flick, the underrated Colossal.

And though there’s a lot to unpack from that alone, rumor through the grapevine is that there are a few other surprises being held back from the trailer, which already has many fans’ mouths watering.

That unexpected music track you hear is the famous “Clair de Lune”, a choice which immediately sets this title apart from other high-budget monster movies with its disarmingly simple, melodic feel. It accentuates not only the scale of these huge, destructive beings, but also brings a sense of whimsy to the proceedings which is sometimes lost in the more schlocky contributions to the genre, where it’s all action up front and not much else. If the trailer is any indication, we’ll get all that and more when we pile into theaters next year.

Shots of Mothra uncurling its wings, Godzilla firing atomic breath straight up into the sky, a smoldering Rodan rushing through the skyways, and the unstoppable three-headed King Ghidorah looming in the shadows all set an amazing tone. These beasties are not to be taken lightly. Tywin Lannister, Misses Bates, and Eleven have their work cut out for them this time! 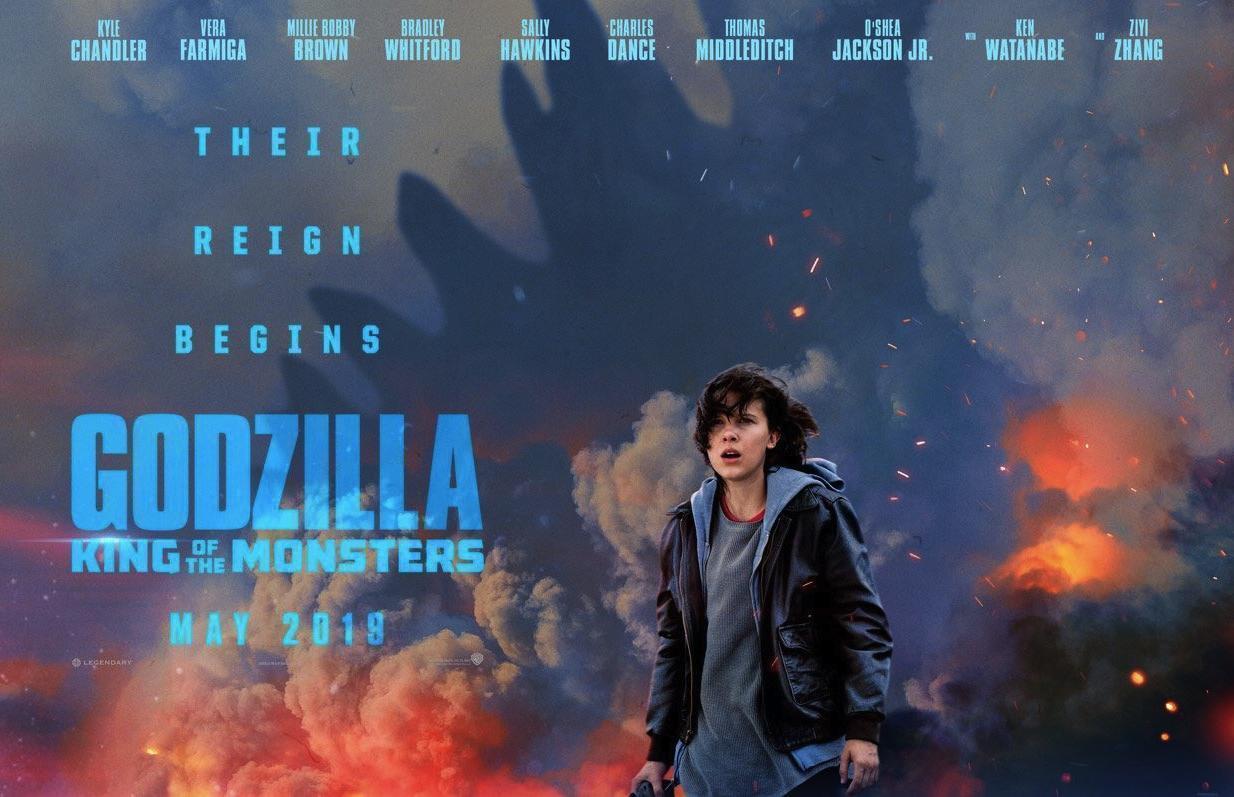 Though there’s one hell of a title match coming next year, we already know of the next link in this chain, and that’s Godzilla vs Kong. Directed by Adam Wingard, it’s rumored that Black Panther and The Walking Dead standout Danai Gurira may join the MonsterVerse cast in this fight for the daikaiju crown in 2020.

Before that, Godzilla: King of the Monsters stomps into movie theaters May 2019.