Recently we were able to do an interview with Taka, a very nice guy from Japan who runs a tokusatsu toy shop.  for distinction Dawn is the interviewer, and Taka is Taka! We have made no alterations to the interview, and we all hope you enjoy.

Dawn: Hello! Can you tell us a bit about yourself?

Taka: Hello every. I’m Taka who is Japanese Toku toy store [Kotetsu Toys Japan] owner. I’m also running YouTube channel [Kotetsu Toys Japan Secret Base]. If you’re looking for Japanese Tokusatsu Toys, please check my store. I’m stocking over 8000 items about Tokusatsu such as Kamen Rider, Super Sentai, Ultraman, Garo…and so on. I’m also big fan of Tokusatsu and loving it over 25 years. I love to talk with overseas Toku fans. I’m not good at English but if you’re okay with it, please talk to me YouTube, facebook, twitter and so on.

Dawn: What got you into tokusatsu ?

Taka: When I was a kid, I didn’t get into any Tokusatsu but When I happened to see Jetman on TV, I fell in love with Tokusatsu. My father like classic Kamen Rider series such as Ichigo, V3 so he gave me some Tokusatsu videos. I think it’s another reason.

Dawn: What is your favorite tokusatsu ?

Dawn: If you could be any character from a tokusatsu show, who would you be ?

Taka: Cheif, Bouken Red from Boukenger. I want to serach Precious with Boukenger. It looks really fun. And I like Sakura neesan, Bouken Pink. It’s one of reason that want to be Chief. lol 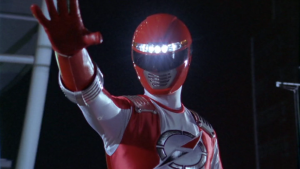 Dawn: What is your favourite item in your collection ?

Taka: DX Arcle, Henshin Belt in Kamen Rider Kuuga. It was the first time my parents had bought Tokusatsu toy for me. I’m still having it. Unfortunately, it’s not working but still special one for me even Complete Selection Modification Arcle was released. And if I can select one more, Gao Panda is treasure for me. My friend gave it to me. He was running toy store like me but unfortunately, he closed his store and he’d like to gave it to me. As you know, it’s rare item but it’s worth more than market value to me because of it.

Dawn: What is your favorite Godzilla movie?

Dawn: What is your favorite Sentai team?

Taka: As I answered that my first Tokusatsu series is Jetman, so Jetman is still my favorite and special for me. And Gai, Black Condor is my best Black ranger. When I was a kid, I wanted to drink as coolly as he did when I grew up. But I’m not good at alcohol, My dream didn’t come true.

Dawn: What is your favorite Kamen Rider?

Taka: Kuuga is my favorite. I was loving Tokusatsu before Kuuga is started but Kuuga made me love it more than I did before. And I’m collecting Kuuga items about 20 years. I have more passion to Kuuga more than the other series.

Dawn: What do you like to do for fun ?

Taka: Actually, I don’t know if toy store owners are allowed to say it but I like watching Tokusatsu more than playing toys. I enjoy play with toys but If anything, I like to display toys and look at the toys on display with a smirk on my face. I’m watching Toku during I’m working, so the time I spend on it is much longer. I really love to see how character become hero, team, friend in the show more than fighting scenes. That’s why I like to watching Tokusatsu.

Dawn: What is your favorite part about running the shop ?

Taka: Talking and discussing about Toku with customers and followers. I’m talking some topic about Toku especially YouTube channel and twitter. I like to have a lot of discussions there. It’s not easy to get overseas Tokusatsu fans opinions in Japan. So It’s very fun to hear different opinions from different viewpoints from Japanese people.
Also, I really love to see when customers let me knows that receive order items. I’m really happy to see it.

Taka: I used to build it but I don’t do it recentely because I’m in no time to do it. Also, I’m not good at crafts. But I’m building some Minipla series.

Dawn: What inspired you to start and run your shop ?

Taka: The first reason is I love Tokusatsu. And there’s not so many stores where selling Tokusatsu Toys, so I want to make a way that more people can easy to find Tokusatsu toys. Tokusatsu items has so many amazing gimmicks and I want to share fun of it. When you’re watching some Tokusatsu, I think you can enjoy it more if you have toys, aren’t you? So I want everyone enjoy Tokusatsu more and more.

Dawn: What is your favorite collectible that you have come across ?

Dawn: What is one item you wish you could find?

Taka: Gold ver Power Animal series. It’s a lottery one and only 30 in the world. I’d like to see it at least once in my life. It’s the one I want to see the most but I want to see any other lottery exclusive ones too.

Dawn: What is the best way for someone to collect Tokusatsu toys ?

Dawn: How do you find your older toku toys?

Dawn: What are your favourite and least favourite toy gimmicks ?

Taka: It’s classic Tokusatsu toys but my favorite gimmick is Dictator from Metal Hero series Blue Swat. It has a gun gimmick that’s so realistic that it’s hard to believe it’s a toy. I don’t have any about least favorite.

Dawn: What season of Power rangers is your favourite ?

Taka: I haven’t watched every series, so it might be changed after I watch every but I’m watching Time Force now and it became my favorite now.

Dawn: Are there any Power Ranger Seasons you like more than their Sentai counterparts?

Dawn: Who is your favorite Power Rangers character?

Taka: Eric Myers, Quantum Ranger so far. I think it because I’m watching Time Force now but his debut episode was very good. And he’s my favorite additional member in Power Rangers.

Dawn: What is your favorite item to sell in the shop?

Taka: Plush Tokusatsu Hero series. I’m selling so many plush in my store and it’s good for every Tokusatsu fans. One of recommend one for kids fans.

Dawn: What is your best selling item?

Dawn: Are there any fun stories from the shop that you would like to tell?

Taka: I don’t know it’s fun story but when I go to long range Tokusatsu toys searching trip, I slept in a car. In the middle of the night, lights were flashed from outside the car, and there were multiple police officers there. They thought I was a prowler, so they started asking me questions. They asked me to show inside of my car, and I did. Tons of toys are there. When they saw it, they’re so excited. They said feel nostalgia, have the same one when I was kids. So I became good friends with them, and the next day we went out for breakfast together. Every man wants to be a hero at least once. Once again, I realized how many people love you for Tokusatsu and no matter when the time comes, heroes will always linger in everyone’s hearts. 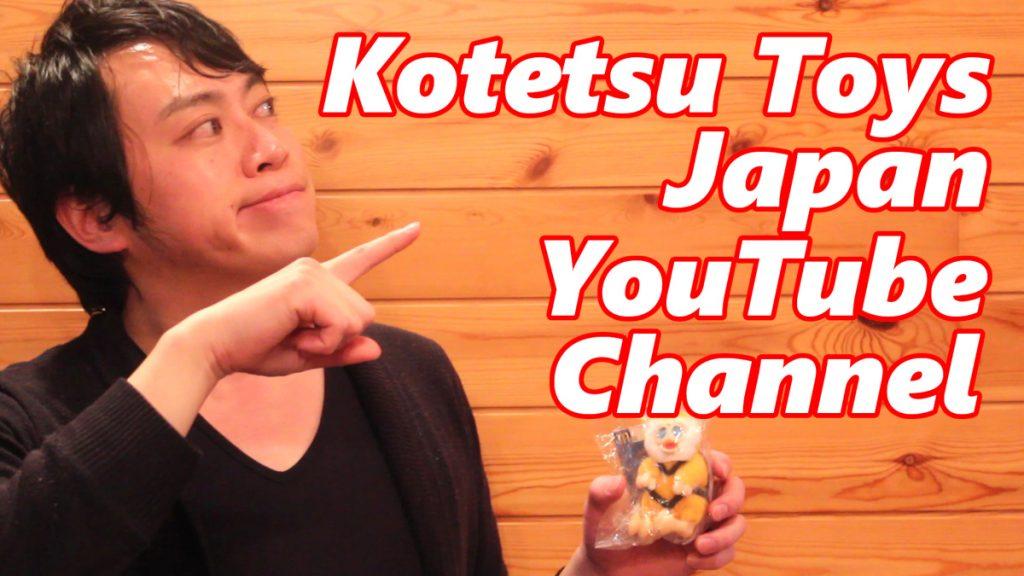