GODZILLA vs GUNDAM – Battle of the Big’uns 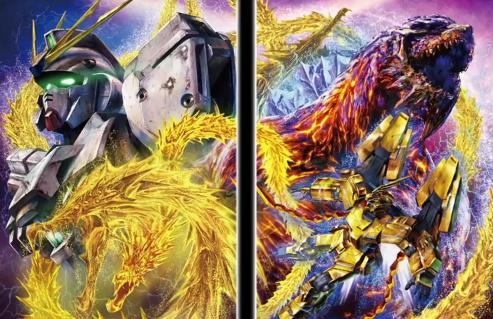 Not content to pass up the opportunity for a little cross-promotion, Toei Animation is having some fun with two of the big names among its fleet of mega-franchises. Sadly, this crossover is only here as a marketing tool for two separate releases, which have basically nothing to do with each other except they both involve giant things blowing stuff up. We’ll take it!

Godzilla: Planet Eater is the third and final act in the 3D animated trilogy for the giant lizard in his first fully-animated film saga. Its release this month just happens to coincide with that of Mobile Suit Gundam Narrative, the next installment for the ongoing super robot anime legend. So, Toei Animation is letting their promotional powers combine, and giving them their own commercials and artwork to hype fans of both franchises into checking out these new flicks.

I don’t know about you, but for about half a second, I was ready to get excited about the possibility of an actual crossover between the futuristic mech pilots of Gundam and the city-stomping daikaiju of Godzilla. For now, that battle will have to be confined to our dreams. To console us, there’s two new movies to sink our radioactive chompers into. 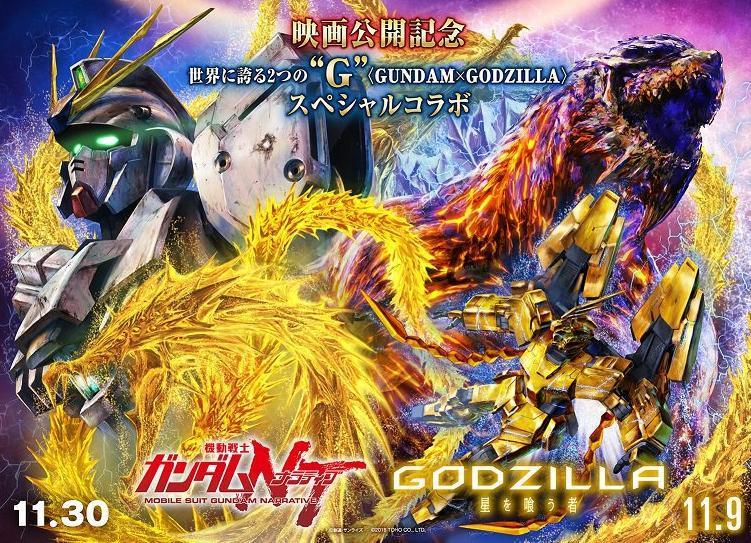 Japanese theaters get first dibs on Godzilla: Planet Eater on November 9, 2018, soon to be joined by Mobile Suit Gundam Narrative on November 30, 2018.