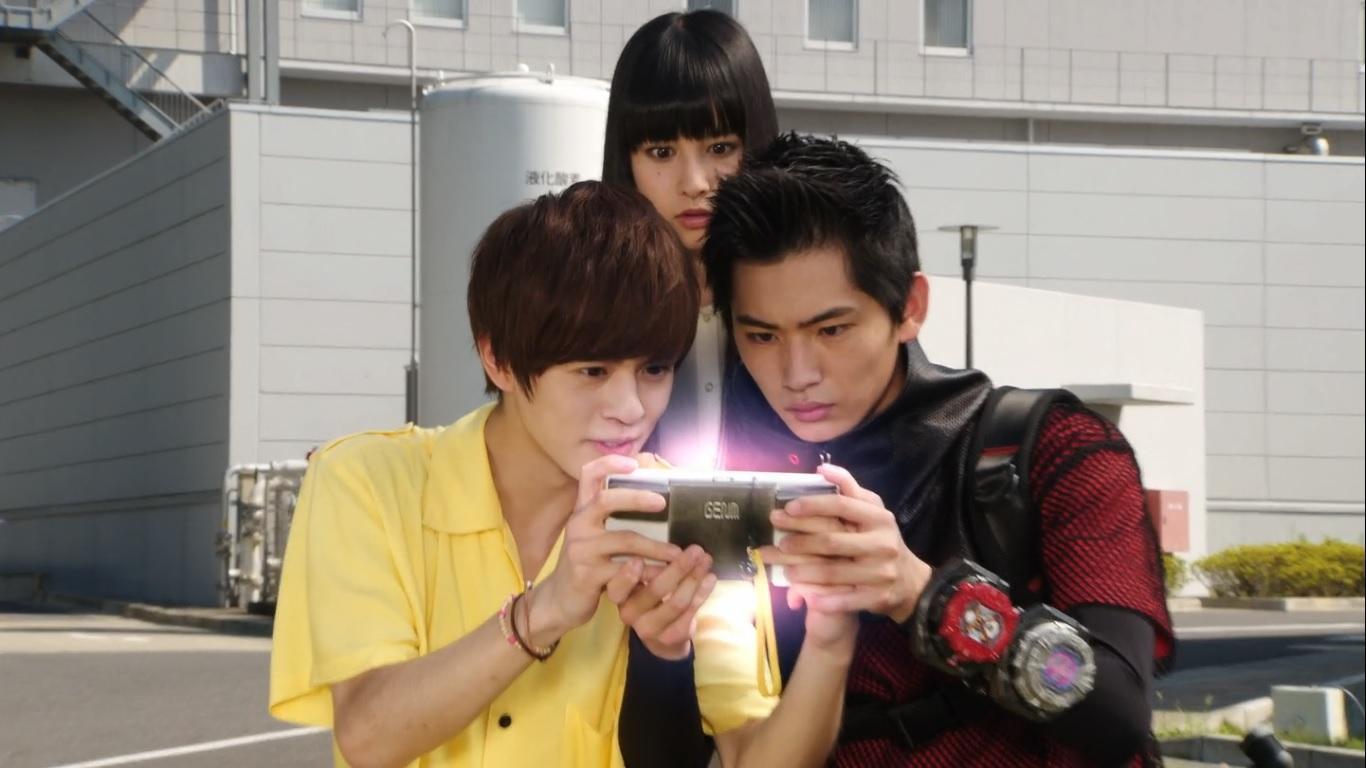 Welcome back to Super Hero Synopses, where it’s time to blow the dust out of the cartridge and load the saved game! With Geiz and Tsukuyomi following in half-hearted disguises, Sougo attempts to find the legendary ‘genius gamer’ “M” and seek his extreme aid. His search leads him to a hospital where you might remember the doctors having some experience at dealing with game sickness, but with the creation of a new Another Rider time has been changed and they are now unable to help their patients, so it falls to our leads to foil the latest Time Jacker scheme.

As we move into our second story, do you think the show is finding its groove? What did you think of the Another Ex-Aid costume? Will the Emu Hojo of this altered timeline prove to be friend or foe? Type your name into our high score tables in our forum or over on our Facebook page.

Tensions between Sougo (Zi-O) and Geiz are running high at breakfast time, and they don’t get any better when Tsukuyomi reveals that they will be joining Sougo at school that day. Of course, they have no intention of attending class but will instead spend their entire time shadowing Sougo to watch for signs of him becoming an evil dictator. Meanwhile, Wool meets up with his fellow Time Jacker, Hora, to inform her that Zi-O has become active. She has already put her own plan into motion; She’ll take advantage of a father whose son is rushed to hospital in order to bring forth Another Rider.

Sougo has spent the entire morning being freaked out by Geiz and Tsukuyomi looming over him, nor the way they can blend in despite their school uniforms retaining elements of their usual outlandish clothing. After utilizing a simple distraction he hides in a sports equipment storage room to try and eat his lunch in peace, but comes across fellow student Tokiwa, who has skipped classes all morning to try and defeat a supposedly unbeatable video game which appears similar to the classic platformer ‘Mighty Action X’.

After being disciplined by a teacher for being in the store room when he shouldn’t, Sougo returns in time to witness his friend being approached by Another Ex-Aid, who quickly renders Tokiwa unconscious with a mysterious (gaming) sickness. Sougo transforms only for Another Ex-Aid to disappear into thin air. He rushes his friend to the hospital where he learns that there have already been many other victims.

Sougo is determined to find Another Ex-Aid but Geiz tries to stop him getting involved, pointing out that Build no longer exists due to Sougo retaining his power. Sougo refuses to allow someone he cares about to suffer, and when he asks Geiz if he has experienced that the Rider grabs him by the collar, recalling the immense losses caused by Oma Zi-O. In the process he knocks Tokiwa’s portable console out of Sougo’s pocket, bringing it to Sougo’s attention.

Back at home, Tsukuyomi uncovers the rumour of the ‘unbeatable’ game and Sougo plays the game in a fruitless attempt to try and trigger whatever mechanism summoned Another Ex-Aid. When Geiz mocks his lack of ability, Sougo realises that they have to find a better player and Tsukuyomi uncovers information about the genius gamer, “M”. Sougo rushes out to search the local arcades for clues to finding “M” but instead stumbles across Another Ex-Aid.

He’s too late to prevent the monster infecting another victim but dives in to help him, ignoring the appearance of Woz to the prophet’s frustration. Woz tells him which hospital he should take the man to and he is joined there by Tsukuyomi  and Geiz. They overhear two nurses talking about a doctor named Emu who hasn’t turned up for work. They speculate that he was up late playing games, prompting Sougo and Tsukuyomi to press them for information as they suspect he may be the “M” they are looking for.

They are joined by Dr Hiiro Kagami, who explains more about the illness to them. He explains that Emu was similarly convinced that there was a link between the games and the illness. From the way he speaks, it seems that neither Hiiro nor Emu are familiar with gaming sickness, indicating that their histories have also been changed. Hiiro shows them a note left behind by Emu, and gives it to Geiz as he feels a strange connection to the aloof secondary Rider.

Geiz identifies the note as (a legally different variant of) the Konami Code, and instructs Sougo as he enters it into the game. The game glitches and emits a blinding light that transports the trio to a warehouse, which Geiz identifies as being inside the game. Another Ex-Aid appears and despite acknowledging that they cannot defeat him with only their own power the two Riders nevertheless transform and attack only to find that Another Ex-Aid is quite capable of holding it’s own against both of them.

Geiz and Sougo use the Drive and Build Ride Watches which give them the power to defeat Another Ex-Aid. Instead of respawning, Another Ex-Aid reverts back to his human form. They are approached by Emu Hojo, who realises that they followed the instructions on his note. Emu still has his Gamer Driver, which he uses to transform before attacking the other two Riders.