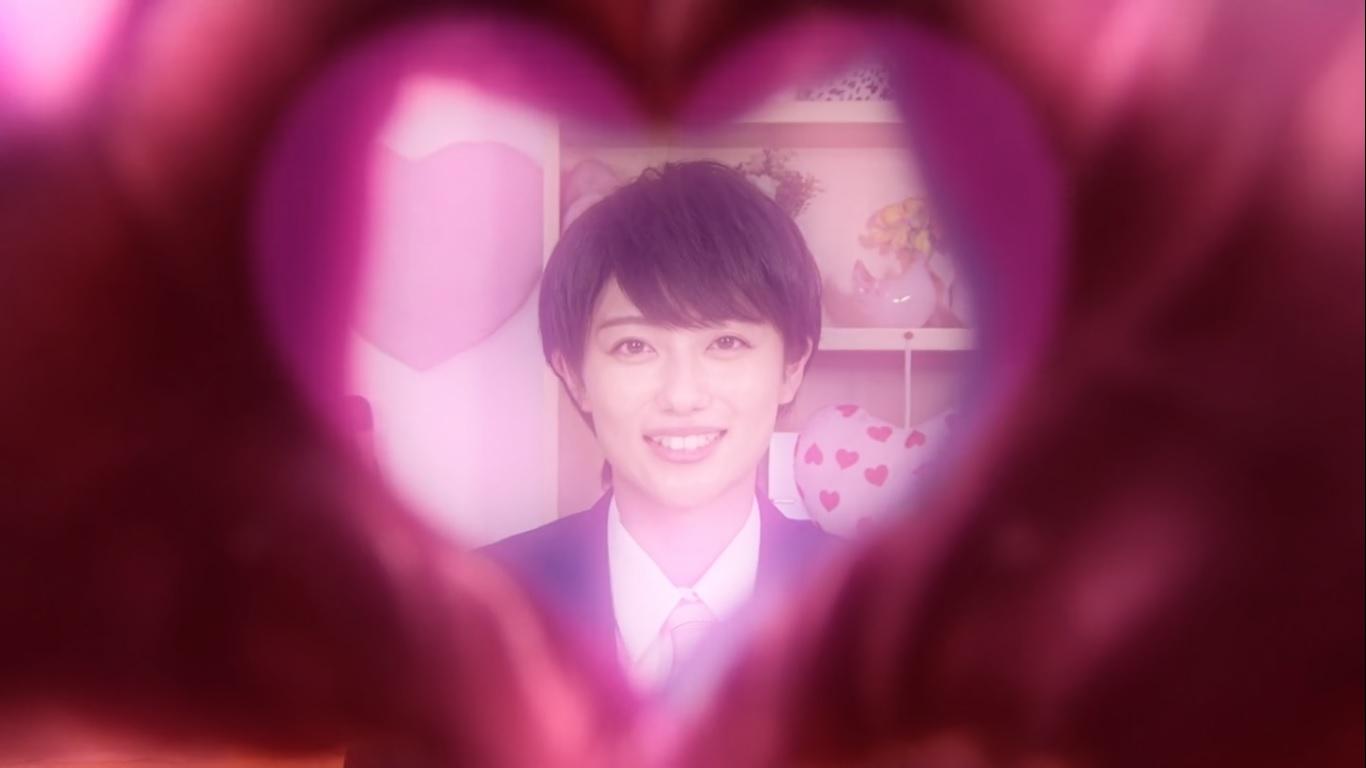 Welcome back to Super Hero Synopses, where you should always pick the appropriate cast members for your movie parodies! This week’s episode of Kaito Sentai Lupinranger VS Keisatsu Sentai Patranger features a Gangler who wishes to turn himself in. Tsukasa wants to help him but Noel is not so sure he’s as honest as he seems. Of course, he can’t just admit it’s because he has some inside knowledge.

How exactly do you hide a Gangler in witness protection? Will the show provide us with even more references to Beverly Hills Cop? Does Jim Carter’s mustache look more realistic than Commissioner Hilltop’s? Let us know whether the bolt-eyed experiment victim creeped you out on our Facebook page or in our forum.

The Lupinrangers are nearing the end of another battle. The last opponent standing is one of Gauche’s modified Pordermen. They finish it off with Lupin Kaiser Splash Magic, as Gauche and Destra observe. The Patrangers are responding to a disturbance in a parking lot, where they discover more Pordermen attacking a Gangler. They shoot the Pordermen and to their surprise the Gangler asks to be arrested.

The Gangler, Yoshii Uraza, explains that he is willing to give them information about the Ganglers in exchange for a new identity so that he can live out his life in piece. Noel (X) expresses his doubts that Yoshii is being sincere but Sakuya (Patren #2) believes he can get the Gangler to give up the intelligence regardless. First he and Keiichiro (Patren #1) attempt a good cop / bad cop routine, before Commissioner Hilltop and Jim Carter pretend to be Robocop and Axel Foley from Beverly Hills Cop (though, as Yoshii points out, they get mixed up with Jim playing Axel and Hilltop playing Robocop).

By this time Tsukasa (Patren #3) has organised the paperwork for Yoshii’s plea bargain and goes to question him normally. Noel notices that Yoshii’s safe periodically glows as if to indicate that his Collection piece is operating, and attempts to caution Tsukasa only to be rebuffed by her. Yoshii later admits to her that his wounds were caused as he attempted to flee from Gauche, who wanted to remove his safe for use in one of her experiments.

The next day Tsukasa learns that there has been a command from the Global Police’s headquarters in France to transfer Yoshii to them. She angrily confronts Noel but has to comply. The Patrangers take Yoshii to the airport but their patrol car is attacked by Pordermen during transit. Tsukasa finds Yoshii a hiding place, and as she begins returning to fight alongside her colleagues Yoshii offers to give up his Collection piece to her as a thank you gift. However as soon as he removes the treasure his personality changes and his face opens to reveal a more monstrous visage.

Yoshii attacks Tsukasa and attempts to choke her, but she is saved by Noel. He explains that this part of the Lupin Collection has the ability to reverse good and evil, and the noble facade Yoshii showed is proof of how horrible he truly is. Noel had suspected as much, which is why he had tried to warn Tsukasa off and have Yoshii transferred to France. Noel and Tsukasa transform one after another, and unite with the other two officers to fight Yoshii. They take him down using Patren #4.

Gauche’s new experiment then arrives; A Gangler with four safes on it’s body. The safe on it’s left leg glows as it uses the power within to cancel the Patren #4 union and change the officers back to normal. Gauche appears and collects the battered remains of Yoshii’s safe. She then places another Colection piece inside and grafts it onto the chest of her experiment, also causing it to become a giant. Pat Kaiser is summoned and they go straight for their finishing move to take the beast down, but it blocks their attack and begins to unleash a variety of different attacks against them, quickly blowing their mech back into individual VS Vehicles.