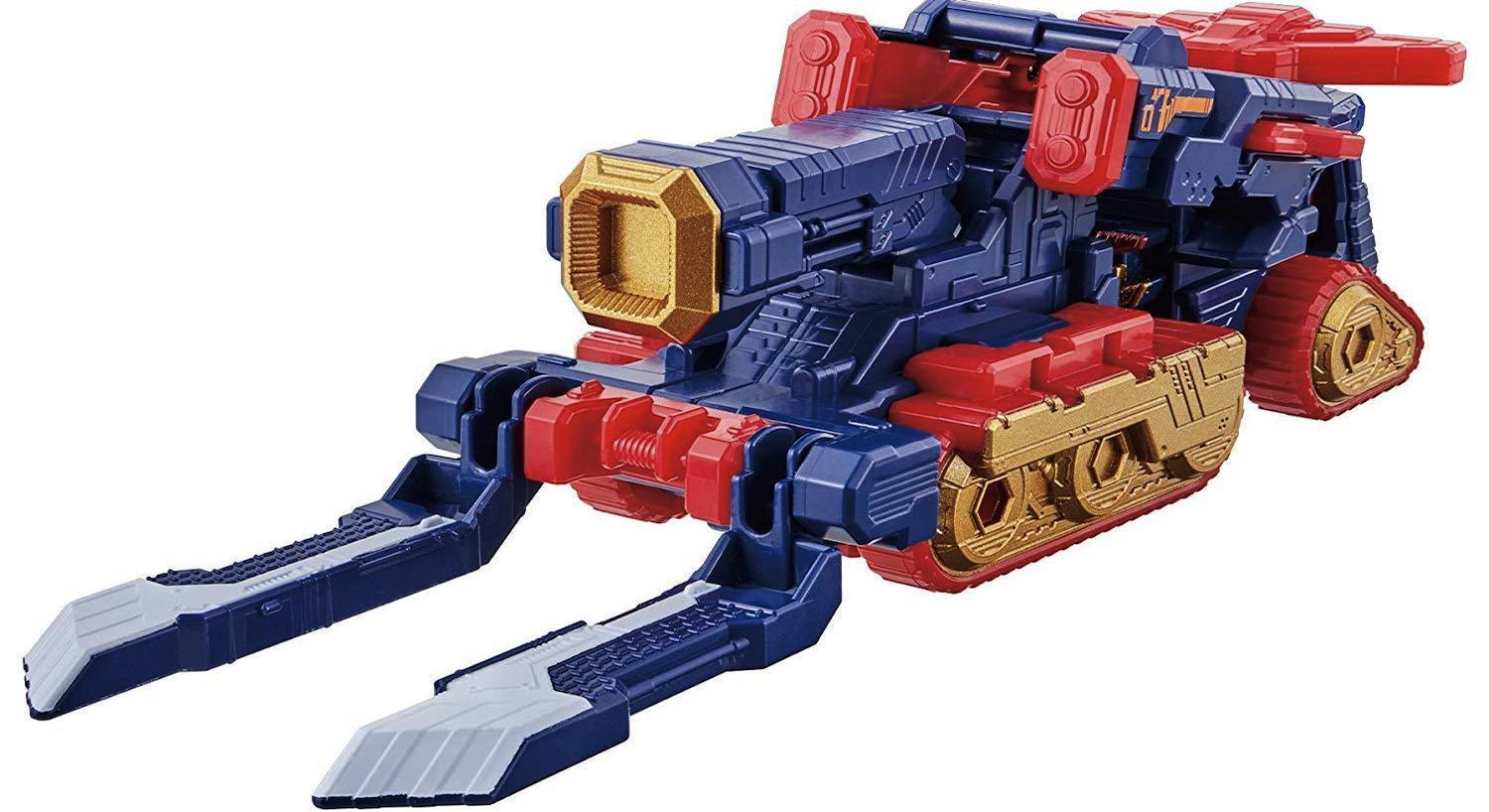 Kaito Sentai Lupinranger VS Keisatsu Sentai Patranger winds down with its final two VS Vehicles, though both are for the Lupinrangers. First up, we have the DX Siren Striker. Siren Striker is an awesome boxy tank, complete with standard Patranger sirens, big red and gold treads, and a big, extendable cannon. I love the look of this thing as a vehicle and it feels great in the hand. It also looks awesome on the DX VS Changer, giving a new henshin jingle for Super Patren Ichi- I mean Super Lupin X…….because that makes sense.  Odd show choices aside, the sounds are fantastic and the reason you should pick this toy up is because, much like every other VS Vehicle, the mecha formation is pretty lackluster. Once again, in the official configuration, the arms are both Splash and Magic again, and Siren Striker opens up to create a cool new chest piece, but the head is too busy for my personal liking.

The final Trigger Machine is in the form of a black and red jet called Victory Striker. Admittedly, this VS Vehicle doesn’t look as cool as Siren Striker, but it makes a better mecha and cooler henshin noises. I absolutely love the Super Lupin Red jingle. It’s easily my favorite sound effect I’ve heard in all of LvP’s run. Again, the mecha formation isn’t great, but I do like the new chest piece, and the tail fin becoming a captain’s hat is a cute touch. Overall, these are both solid final toys and great pick ups for any LvP fan.