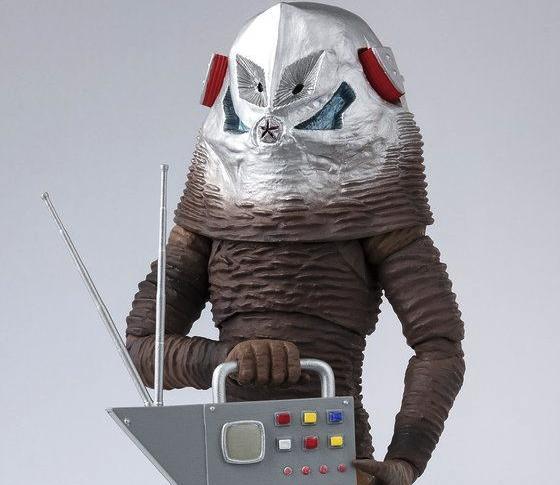 Premium Bandai has revealed all-new exclusive S.H.Figuarts based on another Ultraman character, Alien Zarab. Previously Zarab was been made into Tamashii Nations figures, two exclusive Ultra-Acts, under his Imitation Ultraman guise. However, Alien Zarab will be made into a S.H.Figuarts, as its original self! Now, Alien Zarab made its debut in the original Ultraman series, in episode 18 “Brother from Another Planet.” In the episode, Alien Zarab poses as a friendly alien trying to help mankind, but secretly plans to conquer the world. Luckily enough, Hayata becomes aware of Zarab’s motives, but Zarab is also aware Hayata is Ultraman. This leads to Zarab trying to set-up Ultraman as the true villain, before they eventually clash in a titanic battle to the death. Since then other Alien Zarab have appeared in various productions such as Ultraman Mebius, and Ultraman X. One can even thank the race for freeing Ultraman Belial from his prison in Mega Monster Battle: Ultra Galaxy Legend The Movie!

Pre-orders for S.H.Figuarts Alien Zarab will open tomorrow, Friday, October 20th 2017 at 4 p.m. JST. Premium Bandai’s listing for the item is set to be sold for 5,940 with orders releasing in April 2018. For international buyers, one should contact their preferred middleman, or online retail for further details on purchasing this item.