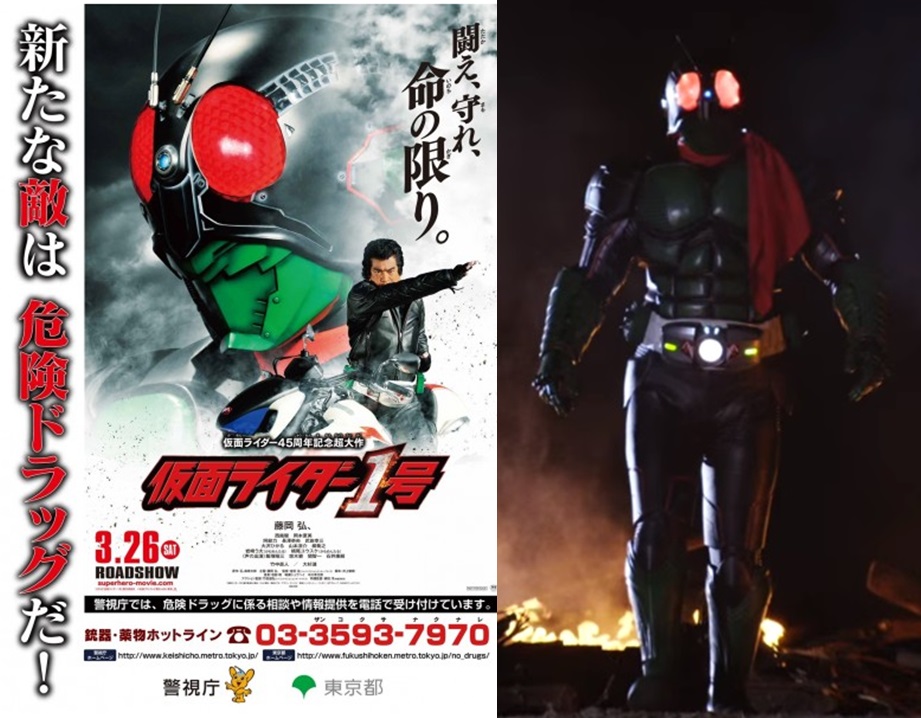 Kamen Rider #1 is not only fighting evil organizations, but also the threat of illegal drugs.

Takeshi Hongo/Rider #1 (played by Hiroshi Fujioka) teams up with the Tokyo Metropolitan Police department in this public service campaign that encourages citizens to fight the evils of drug addiction and drug abuse,a problem among urban men in their 40’s and 50’s, which make up the 60% of drug-related charges in Tokyo.

Part of the campaign includes posters that features Kamen Rider #1 declaring “The new enemy is dangerous drugs!” and encourage readers to protect themselves from the temptations of using illegal drugs.

The fight against illegal drugs began on February 29th as the said anti-drug campaign posters are now on display in public places around the Tokyo area.