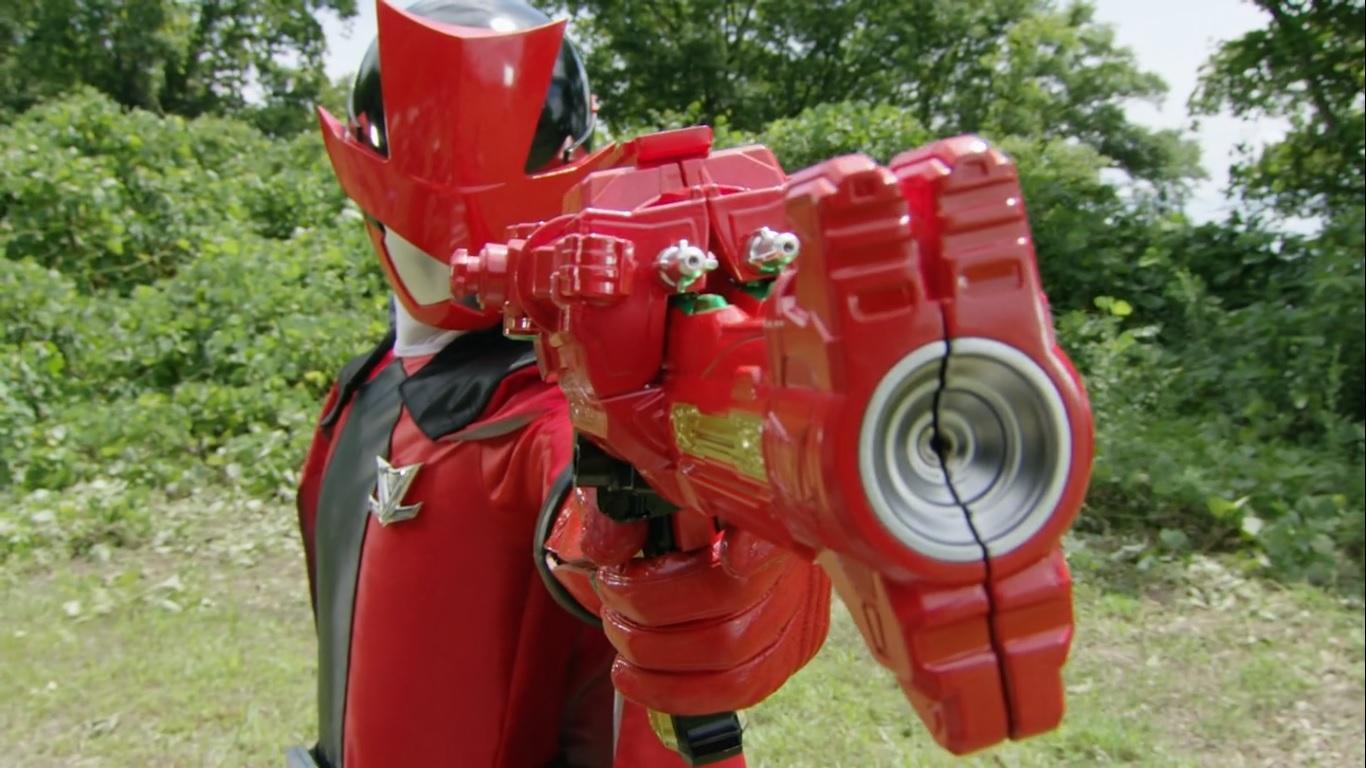 Welcome back to Super Hero Synopses, where melting a hole straight through someone’s torso doesn’t count as ‘gore’.

It’s new toy day on Kaito Sentai Lupinranger VS Keisatsu Sentai Patranger as the Lupin Magnum is introduced. There’s just one catch: in order to obtain it you must be the kind of hardhearted son-of-a-gun who’d shoot their own loved one down. Luckily, the phantom thieves have someone to hand.

Their new prize isn’t safe for long though, as a gun-loving, self-declared  ‘Hell’s Guard Dog’ (no, not Doggie Kruger, though it was indeed Tetsu Inada providing the voice for this character) wants to add the weapon to his own collection. As the picture below demonstrates, things don’t go well for this naughty pooch.

What are Kogure’s true intentions? Is Kairi really going to the dark side or will they bring him around again in the remaining 15-ish episodes? Are you happy for the phantom thieves to get some extra firepower or do you think the cops should also get something to keep them on a level playing field? Let us know your views on our Facebook page or over in our forum.

The Lupinrangers are headed back to bistro Jurer with some groceries when they spot some kids playing basketball. Kairi (Lupin Red) stops to watch them for a moment, recalling his brother who also played the game. When they return to the bistro they find Good Striker waiting for them. He tells them that Noel (X) has discovered a secret base where Arsène Lupin had stored his favourite piece of his namesake Collection, the Lupin Magnum. Noel tried to retrieve the piece only to get caught in a trap.

Dogranio and his generals discuss the latest movements of a gun enthusiast Gangler named Cerbero. At that moment, Cerbero breaks into a gun exhibit in Japan to steal some of the weapons on display. As he leaves he encounters the Patrangers, who transform and advance on him. Cerbero eventually forces the Patrangers back to a covered bandstand, while summoning walls of rock from the ground to provide himself with cover.

His natural ability, however, is to manipulate oxygen levels, which has allowed him to power up the antique powder weapons. He demonstrates this by collapsing part of the roof down on the Patrangers. Then the dog head on his right shoulder catches the scent of another “cutie” weapon, and he leaves to track it down. 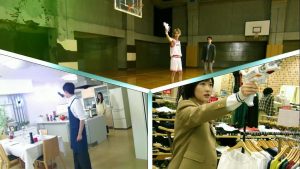 Meanwhile, the Lupinrangers have found the entrance to Lupin’s base. The door is easily opened by a Dial fighter but once inside there are numerous traps, including an ‘Indian Jones’ style giant rolling rock that catches Good Striker unaware. The Lupinrangers make their way through the remaining traps until they reach the case enclosing the Lupin Magnum. Noel lays knocked out on the ground nearby.

Kairi had noticed a number of signs in French during their way through the cave, and asks Touma (Lupin Blue) to translate the completed phrase, “brise tes fers”. Touma explains that it means “break your shackles”. The Lupin Magnum suddenly emits a blinding flash of light and when it subsides each Lupinranger finds themselves in a different location alongside the loved one they have been fighting to save. All three quickly identify that they are trapped in an illusion and unsuccessfully attempt to blast their way out.

As Noel awakens in the real world, the illusory loved ones make it clear that “break your shackles” meant that they must be shot in order for the phantom thieves to escape. Touma and Umika (Lupin Yellow) are unable to do so, and the illusion renders them unconscious on the ground. In Kairi’s illusion world, he once again notes how his alike his brother and Keiichiro (Patren #1) are, before declaring that his current path suits him better. He then shoots the vision of his brother. 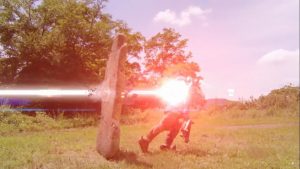 In the real world, the case surrounding the Lupin Magnum shatters, and as the three Lupinrangers awaken Kairi steps forward to claim his prize. A vision of Arsène Lupin appears to congratulate him before the entire base begins to collapse. As the Lupinrangers emerge, they find Cerbero outside sniffing for the “cutie” he sensed before – the Lupin Magnum. He attacks them and the Lupinrangers transform to defend themselves.

As the other busy themselves with the Pordermen, Cerbero finds out the hard way that the Lupin Magnum has the firepower to shoot straight through his rock barriers. The Global Police arrive in time to watch this demonstration of its power, as Cerbero is quickly left on the evasive and Touma pins him to steal his own Collection piece before Kairi combines the Lupin Magnum with his VS Changer to deliver the killing blow.

Gauche appears to make Cerbero grow and the Lupinrangers summon their mecha. Cerbero initially has the advantage until the thieves use Magic’s power to summon a tasty bone that distracts his dog head. They then deliver an enhanced version of the Lupin Magnum’s finisher to defeat him yet again. Back at the bistro, Kogure tells Kairi that he can keep his new weapon, before leaving with a somewhat sinister remark that the red ranger is quite the talent. 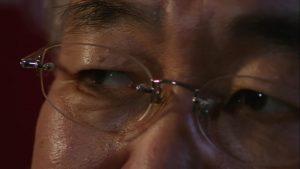