SUPER HERO SYNOPSES | Birthdays and the End of Days 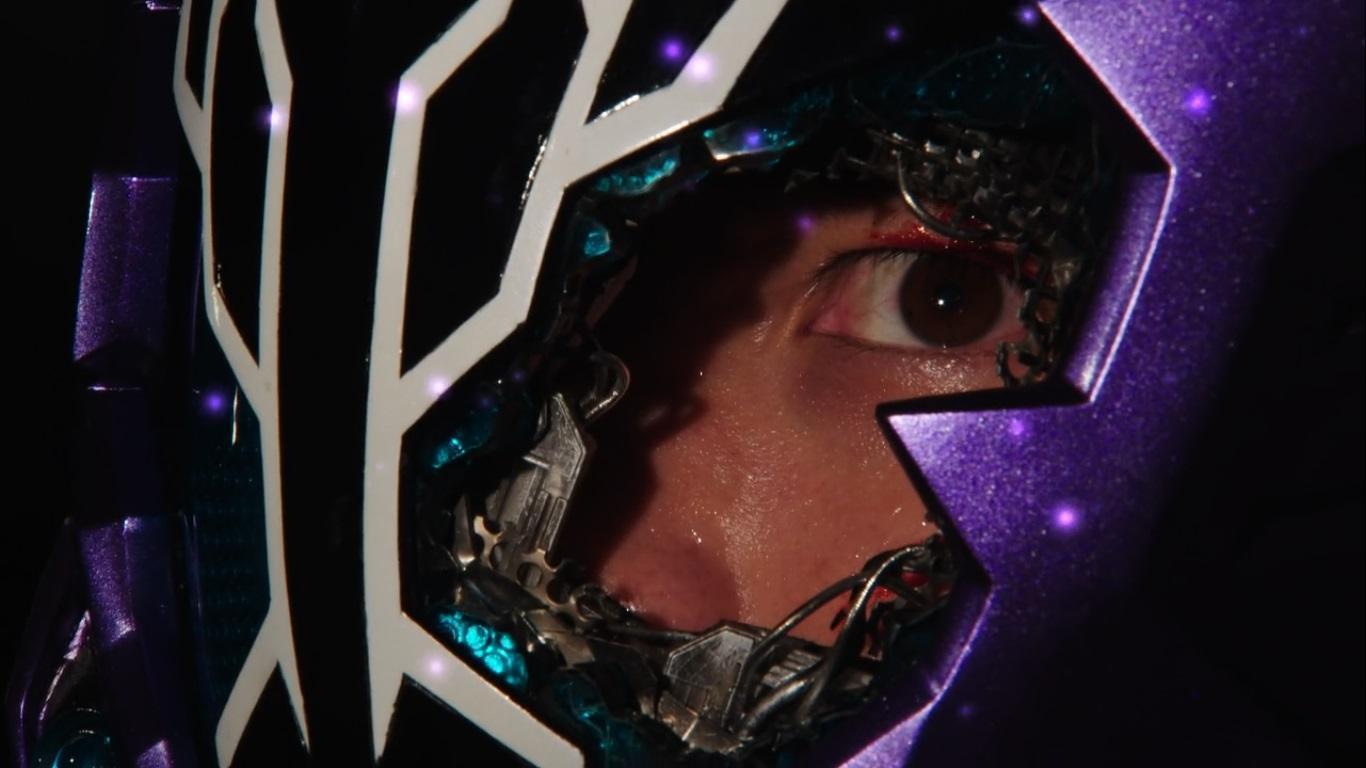 Welcome back to Super Hero Synopses, where broken helmet scenes will always be cool! This week’s episode of Kamen Rider Build brings evens to a head, as the Riders begin their final battle to defeat Evolt and forge a new world while citizens cheer them on. The Lupinrangers face another difficult challenge in Kaito Sentai Lupinranger VS Keisatsu Sentai Patranger  as Umika’s father comes to ensure that her birthday celebration consists of more than just eating pudding.

Things come to a close for Build next week as the final episode airs. Will they announce a “Returns” special immediately after the episode as they did for the previous two series, or will it be a true finale (well…before Sento and Ryuga appear again in the next series)? It also seems that the Patrangers will get some extra focus again next week after a few weeks of barely being in the episodes. As always, let us know what you think will happen in our forum, or on our Facebook page, and we’ll meet again next week for some answers!

Kamen Rider Build, Episode 48
“To A World of Love and Peace”

As Evolt prepares to take the final Lost Bottle from them and end the world, the three remaining Riders transform to face him one last time. The Riders initially gt tossed around like rag dolls, until Ryuga (Cross-Z) uses Sento’s (Build) dropped Hazard Trigger to give himself a boost and push back against his enemy. Evolt merely points out that angering him will make him stronger and fights back harder, hitting Gentoku (Rogue) with enough force that the already-injured Rider begins to dematerialise. After flooring the Riders, Evolt claims the final Lost Bottle and completes the black Pandora panel. He absorbs it, allowing him to travel instantly beyond Earth orbit and summon a black hole that consumes the moon, further strengthening Evolt.

Evolt arrives back on Earth and with a simple flick of the wrist discharges enough energy to immediately un-transform Sento and Ryuga. He then summons another black hole to consume the Earth. When Misora unsuccessfully tries to summon Queen Vernage Evolt fires another energy blast at her only for Gentoku to jump in front of the others and absorb the impact himself. Gentoku attempts to target the Evol Trigger in order to paralyse Evolt. Evolt eventually bats him away with enough force to crack open his helmet. At that moment the voices of the citizens below, shouting support for the Riders, reach the top of the tower. Gentoku hits Evolt with one final finishing move before being thrown back and dying.

Sento and Ryuga transform once again. The Evol Trigger finally fails due to Gentoku’s attacks, giving the duo an opening to enact their plan. Sento hits Evolt with enough force to eject the black panel from his body. Ryuga rushes in with the white panel, connecting the two together before Sento severs it completely from Evolt. Misora runs in with Pandora’s Box and Sento connects the white panel to it. The box emits a multicoloured beam up into the black hole, draining the Genius Bottle as it does so. Another Earth seems to emerge from the black hole and part of the beam expands out into an eye-shaped portal. As Sento is about to drag Evolt into the light, Ryuga cancels his transformation, grabs Evolt and blasts off into the unknown with him.

Where did Ryuga suddenly gain the ability to fly from? Did they succeed in creating a new world? Will the fallen Riders be resurrected in the new world? I guess we’ll find out next time for the final episode, so let us know what you think of Build as a whole in our forum, or on our Facebook page.

Kairi (Lupin Red) is teasing Umika (Lupin Yellow) when they are interrupted by a man entering the bistro. The man is Umika’s father and he reacts angrily to Kairi, chasing him out of the shop. The pair literally run into a Gangler, Ryug Tamatebako. Ryug has the ability to create gas clouds that can greatly age people. Kairi bustles his pursuer away and they hide behind a fountain. The four Patrangers appear and attack the Gangler forces. Ryug then demonstrates the ability of his Lupin Collection piece, which allows him to dive into the ground and swim through it as if it was water. After briefly toying with the police, Ryug easily escapes. Umika’s father thanks the officers and Kairi takes him back to Jurer.

The other Lupinrangers are investigating Ryug’s hideout. Kairi phones them and warns them about the Gangler’s abilities, before telling Umika’s father that they are out shopping. In different locations, Umika and her father both explain the circumstances under which she left and that he is visiting as it’s her 19th birthday. To Umika’s surprise, Touma sympathises with her father, explaining that his fiance’s father had blamed him for her disappearance. Meanwhile Kairi and Kogure reassure her father that she is happy and healthy. Kairi leaves to meet the others and Noel joins him.

Ryug arrives and Touma and Umika attack. It seems that they are able to outwit him until he dives into the wall. Able to emerge from any surface, he has the advantage even after the others arrive. Noel provides Kairi with the blimp-like Magic Dial Fighter. Kairi uses it and is equipped with a bow capable of penetrating the walls and damaging Ryug. He forces Ryug out of the building and Noel cracks his safe before the four thieves take him down. The Patrangers arrive and Noel intercepts them while the Lupinrangers summon Lupin Kaiser Magic. While the Lupinrangers’ use Magic’s abilities to destroy Ryug again, Tsukasa (Patren #3) questions why Noel doesn’t just use his invention himself. The Lupinrangers return to Jurer to discover that Umika’s father has already left. At the urging of the others, she chases after him to celebrate her birthday with her family.

Were the Lupinrangers lucky that Sakuya (Patren #2) wasn’t in the bstro when Umika’s dad showed up? Am I failing to see the link between magic, a blimp and a bow? Why didn’t Noel use his new Dial Fighter? Let us know your theories and what you thought of this episode on our Facebook page or in our forum.