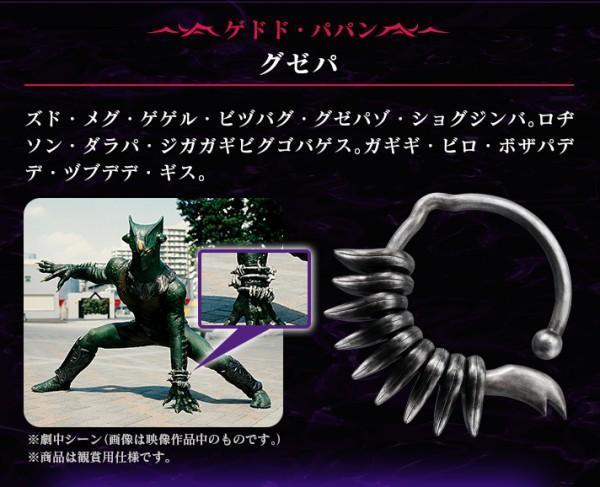 These items were used by the Gurongi Tribe in their Gegeru games.

The set comes with the Guzepa bracelet, the item they used to count their kills and the like. It also doubles a secret compartment for candy; and 49 temporary tattoos, each representing the 49 Gurongi that appeared in the series, plus 4 secret tattoos.