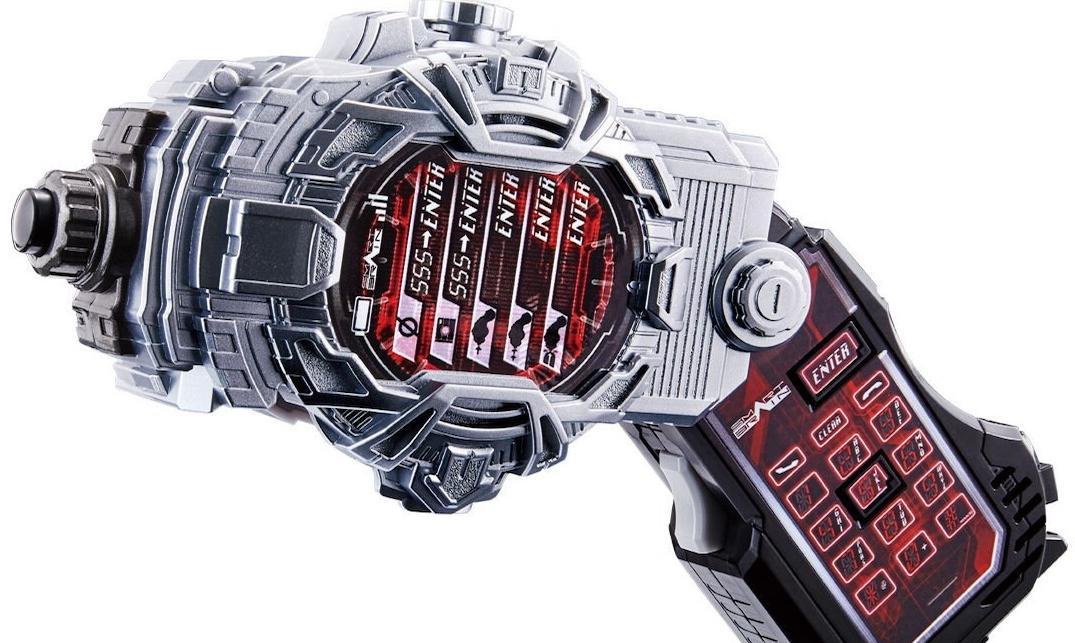 Kamen Rider Zi-O‘s gimmick continues on strong with 4 new entries. Our first one is for Kamen Rider Geiz, the Faiz Ride Watch, then the next 3 for Zi-O being Kabuto, Hibiki and Den-O Ride Watches. These all function the same as the Ride Watches of the past. Bottom line: if you like the gimmick as a whole, the sounds these toys make, or the Rider they represent, then you’re going to like these toys.

Den-O is the only one that comes with a stipulation that the buyer may or may not be okay with. Den-O’s Ride Watch is in a set with the DX Ride Watch Dizer. It’s basically this year’s version of the Pandora Panel from Kamen Rider Build but with less story significance. Either way, it nearly doubles the average Ride Watch price to those who want to collect them all or at the least own Den-O specifically. As for the Dizer itself, it’s fine. It holds 7 Ride Watches, which isn’t nearly enough for holding a complete set, and requires separately sold expansion packs to be made larger. The Dizer can rotate, showing off the watches in a similar manor to a jewelry store case, but that’s about it. Nothing very exciting or worth the up charge, in my personal opinion.

Lastly, we have the DX Faiz Phone, our first installment into this year’s Ride Gadget toys. The Faiz Phone is a little pricey, but overall a great toy. In the DX Ziku Driver, it really doesn’t do anything special, in fact I’d go so far as to call its interaction with the Driver straight up awful. On its own, however, this is a fun little desk toy. Folded up in its Ride Watch mode, it can’t do much. Pressing the button on top unlocks the toy and allows the user to unfold it into a phone or a gun. Phone mode has several basic sound effects, calling, you got mail, and a ringtone. It’s nice. Gun mode is where things get really fun. Gun mode has 3 abilities: Single mode, Burst mode, and Exceed Charge. These are rather self explanatory, a single shot, burst shot or a finishing attack sound. Overall, as previously mentioned, its a little pricey but definitely a solid toy.

The Power’s on Your Side With This New POWER RANGERS Theme Cover Toy Review: LUPINRANGER VS PATRANGER DX Lupin Magnum