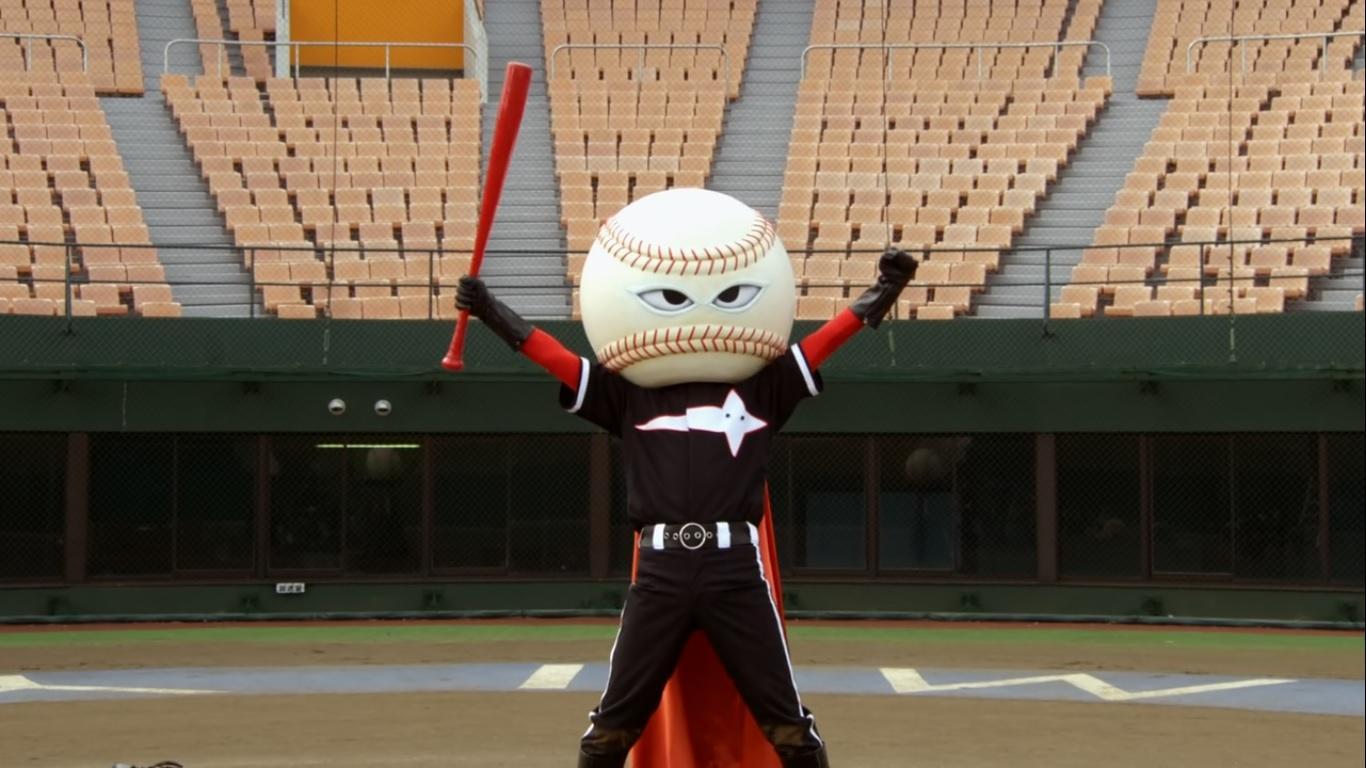 Welcome back to Super Hero Synopses, where not even a planet-killer like Evolt can compare to the power of baseball! Yes, Kamen Rider Build was off the air this week as the opening ceremony of a national high school baseball championship was being broadcast instead. But you can never strike out Super Sentai, so Kaito Sentai Lupinranger VS Keisatsu Sentai Patranger continues on regardless.

Kogure has come to bistro Jurer in order to meet with Noel (X). While he waits for him to arrive he admonishes the Lupinrangers for getting too close to the Global Police. Noel arrives to explain his latest scheme to them all. An exclusive auction of stolen artwork is being held and Noel has managed to get on the guest list. One of the items up for sale is a statue called “Tiny Bubbles”, which is a piece of the Lupin Collection. Noel wants Kogure to provide the money for him to win the piece in the auction, and for Umika (Lupin Yellow) to accompany him as his ‘plus one’.

The pair arrive at the auction and find their seats. When “Tiny Bubbles” turn comes up, Noel launches enthusiastically into the bidding. It is only then that Umika realises that the bids are in dollars rather than yen and exactly how much of the Lupin estate’s money Noel is throwing around. Noel eventually wins with a bid of $2million, but as soon as the gavel falls to confirm the sale the room is plunged into darkness. When the light are restored a squirrel-like Gangler called Grist is standing where the auctioneer was. Grist smashes open the case containing “Tiny Bubbles” and runs out of the room with the statue.

Umika and Noel follow him outside and confront him in their transformed forms. Grist proves impossible to catch though as his super speed and pine cone forearms guns keep the phantom thieves out of reach. Grist turns to escape only to find the three Patrangers arriving. Trapped between two sets of opponents, Grist uses “Tiny Bubbles'” ability to generate a large cloud of soap bubbles, using it like a smoke screen to conceal his escape. 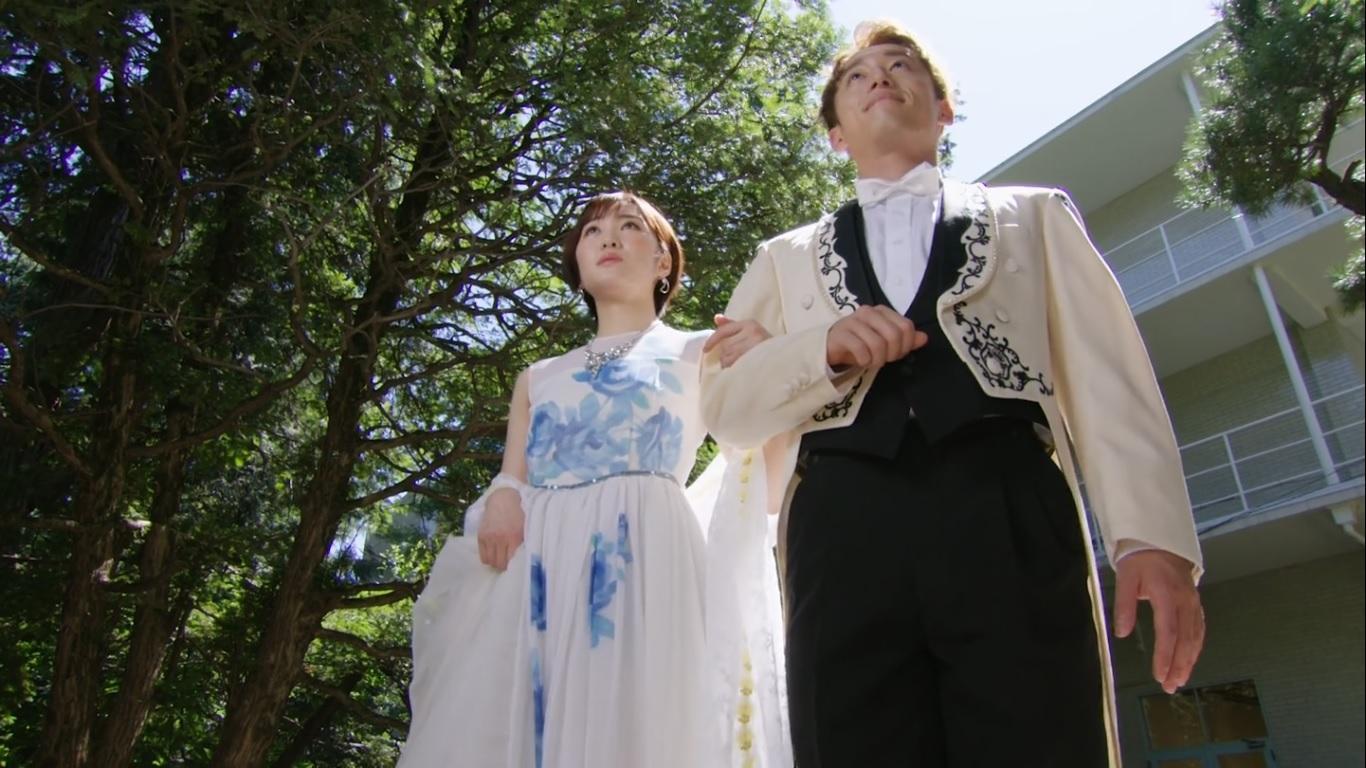 Noel and Umika escape the Patrangers only to be confronted by the auctioneer. He informs them that the moment the gavel fell was also the moment that they assumed all responsibility for their purchase’s safety, and requires Noel to pay the amount bid. The duo return to the bistro and at Noel’s insistence start drawing mugshots of everyone who attended the auction. Noel then takes the drawings to Jim Carter and orders him to check them against the database of the normal Japanese police to see if they can match any of the faces to human criminals.

Noel visits the auctioneer and pays him to set up a fake reprise of the original auction and invite the same guests as last time. When they arrive Kairi (Lupin Red) and Touma (Lupin Blue) appear to ensure they do not leave, and Umika checks them all to ensure they are not a Gangler in disguise. Noel announces that he has figured out who was deceiving them, and throws a calling card at the auctioneer, who reveals himself to be Grist.

The Lupinrangers attack and quickly manage to restrain him and remove the statue from his safe before destroying him with the help of the Good Striker. Grist is revived as a giant but the Lupinrangers summon their mechs and defeat him again in equally quick fashion. Meanwhile the other auction attendees flee the fight scene only to run straight into the Patrangers and the Japanese police, who promptly arrest them. As the global police debate the merits of doing such grunt work for Noel, the thieves deliver the statue to Kogure in the bistro, and Umika has some words for Noel about his attitude towards money.

How long will the global police tolerate Noel using their resources to help the phantom thieves? Will the Patrangers get more time in the limelight next week? When was the last time any of you saw a checkbook?! Tell us the answers to these questions and ask your own on our Facebook page or in our forum, and come back next week for more cops and robbers and Kamen Rider Build’s end game.