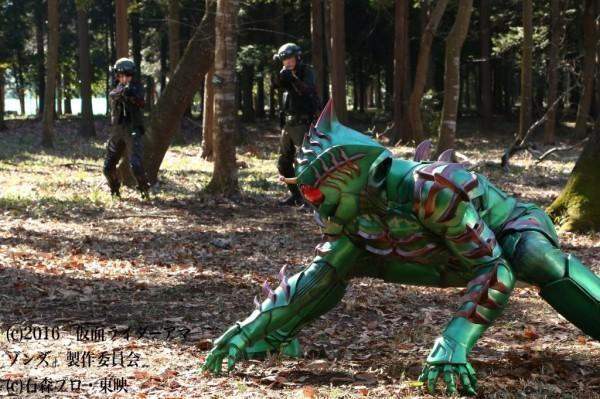 New Kamen Rider Amazons images has surfaced online, giving us a look at Amazon Omega in his other state.

Another thing worth noting in the form is that the GiGi Armlet is missing. Finally, we also got a look at another Amazon, the Tonbo Amazon (Trans. Dragonfly Amazon), which is one of the villains in the series.

Written by Yasuko Kobayashi (Kamen Rider OOO, Samurai Sentai Shinkenger) and directed by Hidenori Ishida and Ryuta Tasaki, the series is set to premiere on the Amazon Prime Video service this April 1st.