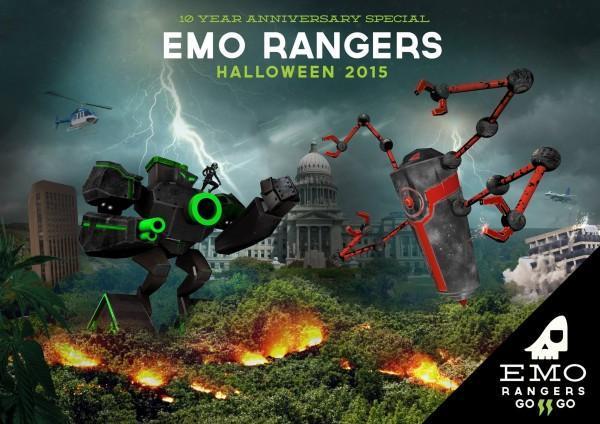 A loving parody of Mighty Morphin Power Rangers, the Mighty Moshin’ Emo Rangers emerged from the internet as an early viral hit, spawning an MTV UK run. Now, after ten Years, the show returns with a brand new anniversary episode. Hit the jump to check it out!

Warning: Show contains some language and drug use. Viewer discretion is advised.

Still want more? Well, be sure to keep an eye on Henshin Justice Unlimited, as we have more Emo Rangers related content coming soon, including an interview with one of the creators, and exclusive Behind the Scenes content!

And, of course, be sure to keep it here for all the latest in Tokusatsu news!