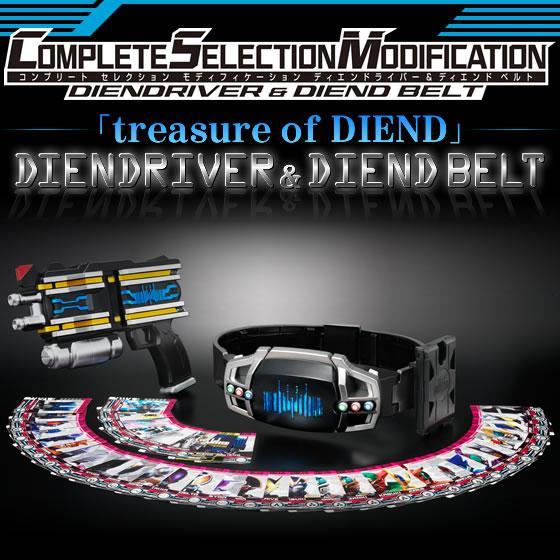 As the perfect follow up to last year’s DecaDriver, Premium Bandai released new information on the upcoming CSM Diend Driver and Belt Set.

Unlike the DX toy, the Complete Selection release will indeed have a card reader installed, the CSM Diend Driver will be able to read the cards that were released for the DecaDriver along with it’s own. Actors Kimito Totani(Kaito) and Tatsuhito Okuda(Narutaki) returns in to promote this item: 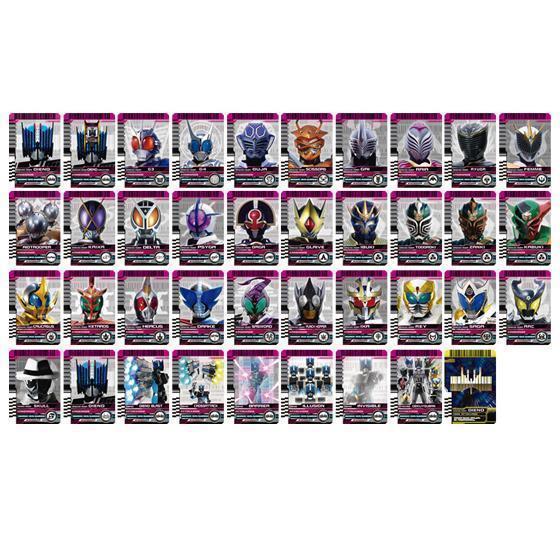 Included, we have the following cards:

New to this set is Diend’s Belt piece will include a card holder the belt itself doesn’t have an LED though the sparkly plastic used underneath gives the allusion. Pre orders will begin on July 6 2015 and will the shipping time will be in October, the set is priced at 17,280 yen.

In addition, Premium Bandai also has a card binder which will have a special art book and a Power Up Diend Card that will be exclusive to this set. Priced at 3,240 yen the binder will come out at the same time as the Diend Driver. For overseas collectors in need of a hook up, be sure to get yours from Japan Hero Collectibles