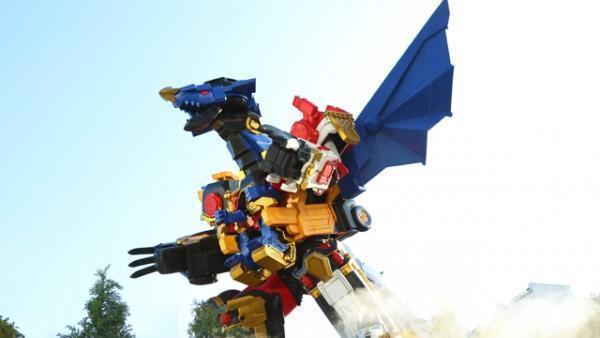 Takaharu’s Grandfather, Yoshitaka Igasaki, who is the Last Ninja, was assumed to be dead during the fight with Kibaoni Gengetsu. However, he could actually be alive!? Hit the jump to learn more, but be warned, there are SPOILERS! 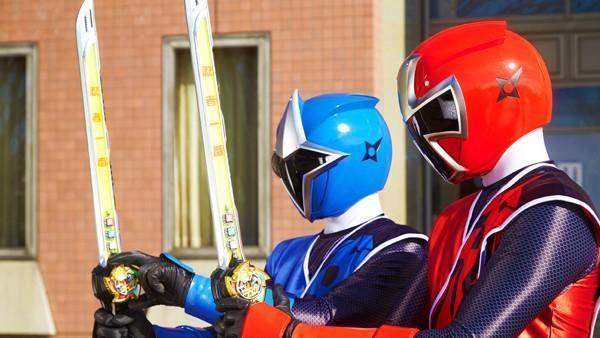 Takaharu Igasaki (Aka Ninger) says “If you want to talk bossy then first surpass our grandfather! Dare to win to me!”
Yakumo Cloud Kato (Ao Ninger) replies to him saying “That would be good Taka-Niisan. I will do my best” 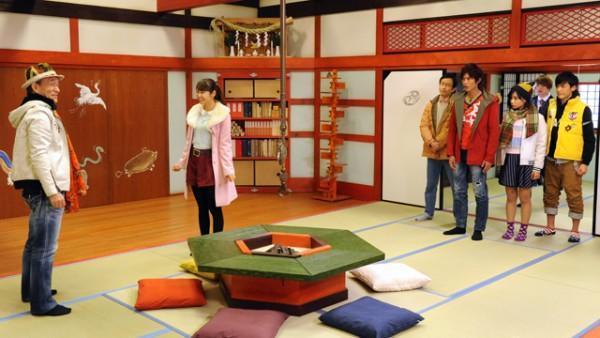 Their Grandfather, Yoshitaka Igasaki, who is the Last Ninja was assumed to be dead during the fight with Kibaoni Gengetsu, but he had apparently surprised. The Ninja are surprised to see him alive, and Yoshitaka takes them to the new Ninjutsu Dojo. 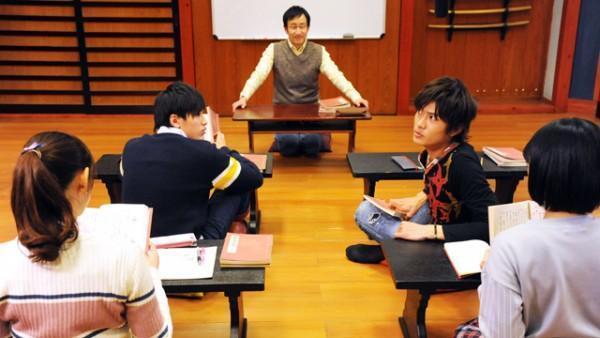 Yoshitaka wants his grand children to increase their “Shinobu-tality” inside them. He tells them that those who have the highest Ninja Quality will be given the “Last Ninja” by him. Takaharu gets excited that Yoshitaka will teach them, but Yoshitaka dissappears very suddenly, and Goton Nin Shuriken is left behind. The Ninja get ready to study. Takaharu was longing to gain the title of “Last Ninja” but Yakumo who studies in Magic School in England says that he has nothing to do with the title. 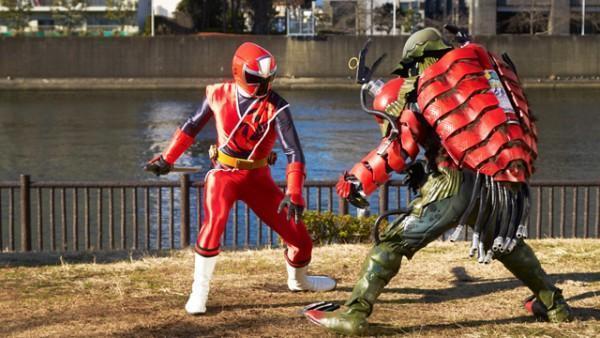 In the meantime, the Yokai Kappa appears in the city. Takaharu uses his Shuriken Ninpou on Kappa, but it didn’t go well. Among all the five of them Yakumo was the only one who can use the Shuriken Ninpou very well. How will the Ninninger stop the Yokai?

What do you think of Ninninger so far? Are you, or will you be watching? Let us know in the comments and forums, and be sure to keep it here for the latest Tokusatsu news!