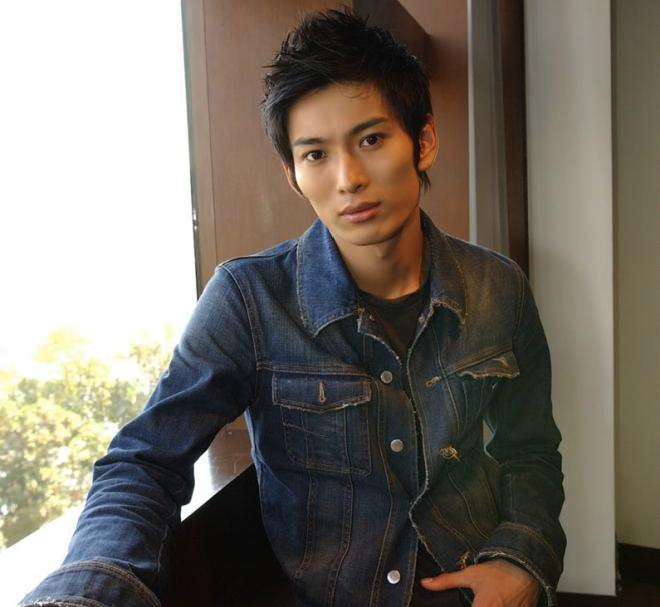 In 2002, actor Matsuda Satoshi played the tough, brooding warrior Kamen Rider Knight, filling the children of Japan with wonder at his exploits with super-powered friends and foes on Kamen Rider Ryuki. This month, he announced that a child of his own has arrived.

Matsuda, who played the prickly, black-clad Akiyama Ren (as well as the voice of his American counterpart in Kamen Rider Dragon Knight), had these thoughts to share on the momentous occasion.

For me who had grown in a family where “My father was no longer there for my Birthday of One Year Old”, this is the most distant feeling that “I will become a Father”. Should I say it is because of the Stork (Kounotori) Um? Kouno, Dori?? (It doesn’t matter which ever it is!). This small life which had born in my place as my connection, I will welcome it Preciously.

“Make Family Precious” is the Theme which I had till now and even from now. If I look too much at my house life, it will be difficult for me as a Actor. In the end it is a Back Theme!! (← I had said it in Loud Voice laughs). My keeping that it my mind I would like to walk forth. The readers of this Blog please continue to give use the guidance & support and watch over us.

Till here I was working hard with the Robust and consistent theme called “Prodigal Son”. But because “Son” had come to me, I would like to remove the word “Prodigal” as early as possible. As he doesn’t get such naming, I would like to evolve each day by getting into the work.

Please cooperate with us even after this. I would like to Thank You for everything.

We wish Matsuda and his family well, and hope early training to face the monsters of the Mirror World goes smoothly.