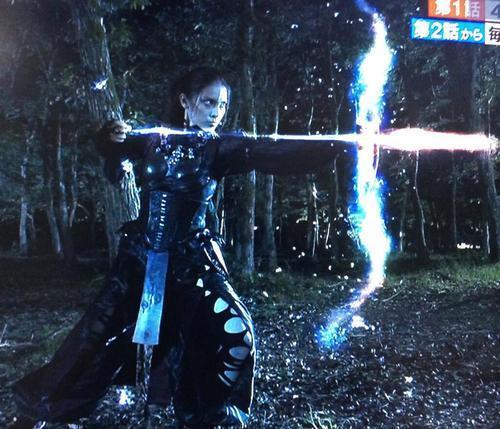 A new Garo side story is about to be seen, and a trailer was shown a couple of days prior of this being written.

While story details aren’t know as of this particular moment we can take an educated guess based on who the main character is.

Biku, played by Sayaka Akimoto (formally with the singing group AKB48), is what is known as a Darkness Hunter. She is a Makai Priestess who is specifically trained to hunt down other Makai Priest and Knights who have fallen to the dark side, so to speak. Although she is trained to kill them and purify their remains she has also showed a little mercy for those who realized what they done and want to make amends.

The character of Biku originally appeared in the fourth Garo series Makai no Hana. Biku: Yamigirinochi is set for a October 2015 release.