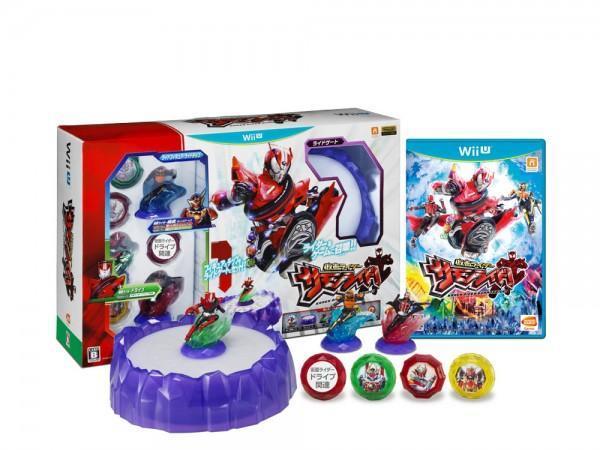 The previously announced Kamen Rider Summonride game for the WiiU and PS3 finally has a system demo/live stream up on youtube. Following in the footsteps of games like Skylanders and Disney Infinity, Summonride requires players to buy and collect various Rider figures, to activate those characters in game. Players can also use Rider Chips (Bandai loves it’s puns) to summon friends and power-ups to the battlefield.

Like Skylanders, Riders will correspond to various elements, and both ally and enemy NPC’s will be active in game.

SummonRide is the next evolution of the Rider video game genre, though it’s likely we will be seeing more of games like Battride, as Summonride takes place in a very separate Rider-verse.

The game, either for WiiU or PS3, can be pre-ordered from CDJapan: